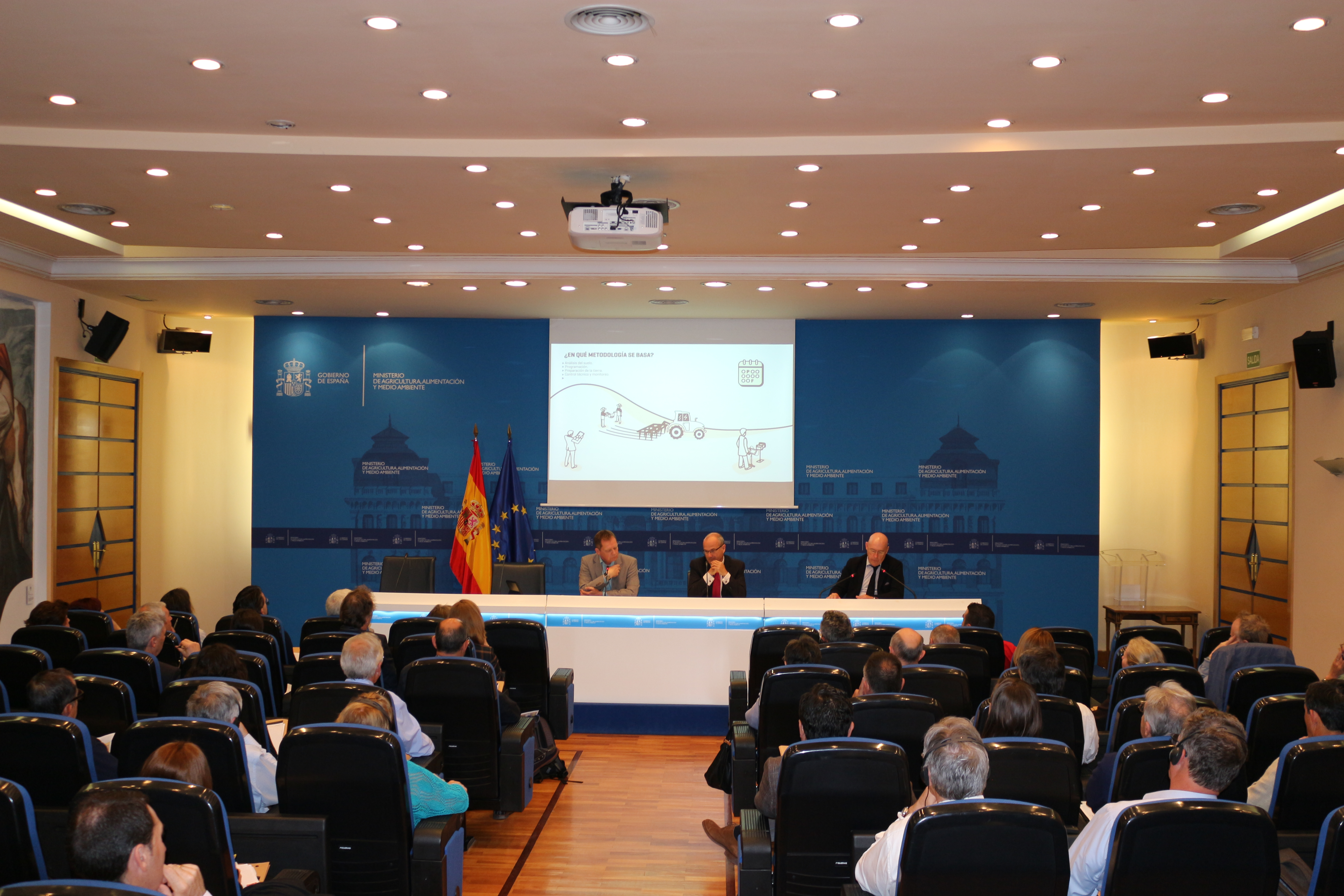 The “Crops for Better Soil” project celebrated its final conference on the 18 & 19 of May in the conference hall of the MAGRAMA headquarters in Madrid.

The event coincided with a sensibilisation campaign led by the General Assembly of the United Nations to heighten public awareness of the nutritional benefits of pulses, nominating 2016 as the International Year of Pulses. Over 80 people attended this event, including the project’s partners, farmers from different autonomous communities, students from technical institutes and press representatives among others. The event was also attended by local and national media, including Televisión Española (TVE).

We were delighted to count among our special guests the director general of Rural Development and Forest Policy of the Ministry of Food, Agriculture and the Environment,  Dña. Begoña Nieto, who highlighted the importance of preserving the soil as part of a productive patrimony of material and environmental  goods and services that are indispensable to life. In addition, we were also honoured with the presence of Dña. Tineke Zwitser, Secretary of Agriculture of the Embassy of The Netherlands, and Dña Ángeles Parra, President of the Asociación Vida Sana.