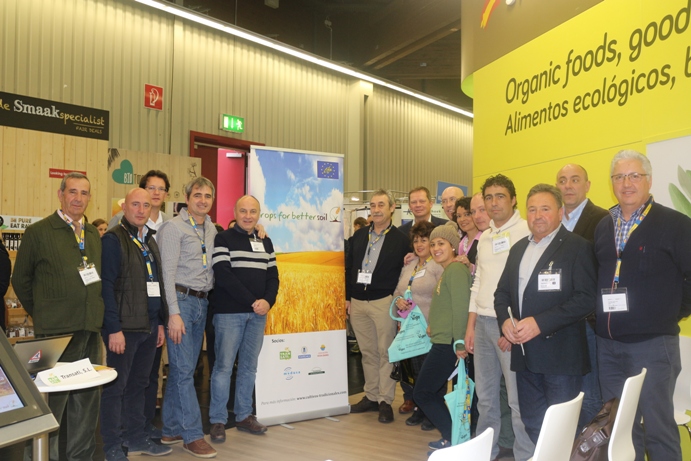 This week a large delegation of two partners were present at the world’s biggest eco-products trade fair, Biofach in Nürnberg, Germany. The goal was to promote not only the international final conference this coming May, but also the long term commercialisation of the organically produced cereals and legumes. This is the main concern of the farmers involved in the project: after all our efforts to go organic, will we be able to sell our products in the future?

Several promotion activities were undertaken to generate interest for our project. A presentation in Spanish was given at the stand of the Spanish Ministry of Agriculture who were so kind to provide us this space free of charge. The same presentation in English was given to a number of contacts in the same MAGRAMA stand later that day. Over 170 flyers with information of the final conference were distributed among the visitors to the presentations, the Magrama stand itself and during individual talks with relevant companies.